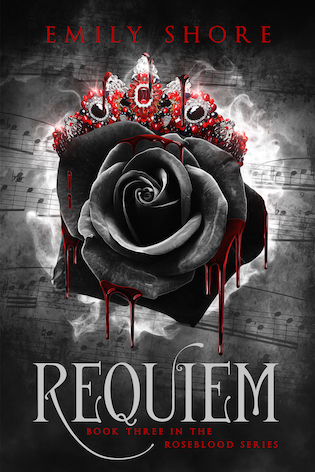 There is no rest for Reina Caraway. After a new foe arrives in Le Couvènte, he wipes the young Queen’s memory and transports her to Germany where she lands right in the middle of an ages-old clan war.

When a mysterious stranger arrives in Le Couvènte and succeeds in erasing Reina’s memory, he abducts her to Germany, landing her right in the middle of three powerful vampire clans. With flashbacks haunting her, Reina longs for something familiar even if it leads her to a dark, roguish vampire intent on seducing her.

Desperate to find his Queen and sister, Heath goes undercover as a spy for the conniving, Calabria, leader of the second most powerful clan with eyes on the highest clan throne. Meanwhile, Reina attracts the attention of the top clan leader, Marius, who is determined to claim her and her blood. But warring clans are the least of her concerns compared to a demonic vampire hellbent on devouring the creator Queen and her infinite powers.

Queen Reina’s trials take a dark and deadly turn in Requiem, the third installment in the Roseblood Series. After her downfall, will she rise from the ashes?

I froze. Roark took deep breaths, forcing himself to calm down until the bloodthirst in his eyes dissipated. Then, he inched toward me slowly. “I get it now. Marius sensed what I couldn’t. Why anyone would give up their throne for just one taste of your blood. Why you have more seekers than any other girl in Europe.”

“What?” I held my breath as he closed the distance between us, his dark shadow impaling my body.

“You’re a fucking symphony. You taste like four seasons. Like Aphrodite herself. You’re a goddess. A siren. There’s immortality in your blood. Do you understand what I’m saying?”

I thought back to that day in Kenneth’s manor. The invisible power I’d wielded.

“You’re human and beyond human,” responded Roark, cupping my cheeks, eyes shifting between each of mine.

I pressed my hips to his while leaning my chest away. Something was rearing. Combusting inside me. Aiming for my hand. Before Roark could lean in to kiss me, I raised my hand, retorting, “Beyond human…like this?” I opened my palm to reveal a fireball. Like a flaming white diamond the size of a golf ball. Even as I exhaled, Roark joined his hand with mine, extinguishing the fire right before he pressed his lips to mine, driving all other thoughts from my mind. 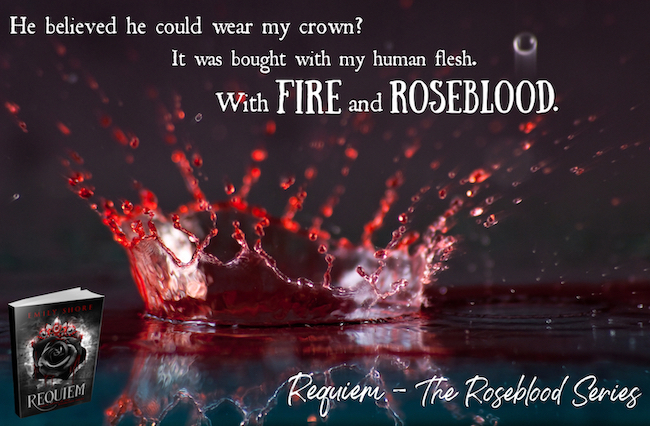 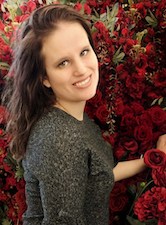 Emily Shore is a MN author with a B.A. in Creative Writing from Metro State University and was a grand prize winner of #PitchtoPublication, which led her to working with professionals in the publishing industry. She is signed with Clean Teen Publishing for her anti-trafficking dystopian The Uncaged Series – #1: The Aviary. For every sale, proceeds return to trafficking rescue. She writes in multiple book genres and ultimately strives for strong, female characters.

Over the years, Emily has connected with rescue organizations and trafficking survivors and injects the truths she’s learned into her books. She is a trained awareness speaker and loves speaking on sexual violence and always hopes for more speaking events in schools, churches, and libraries. Please contact her on her website if you are interested in hearing her speak – http://www.emilybethshore.com – and to sign up for her newsletter!

Emily lives in Saint Paul with her husband and two daughters. Emily is pursuing grad school for domestic abuse advocacy.