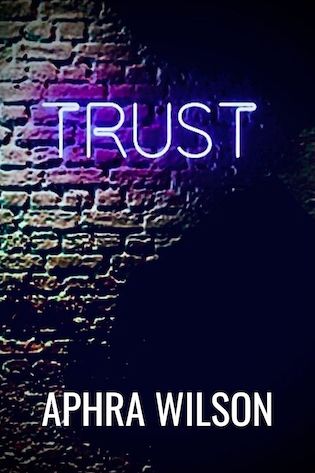 Anna spends her life longing to escape her home town.

After her latest plan goes wrong, she’s forced to navigate a world of danger, drugs and violence alone.

She must make enough money to pay a debt and get her ticket out of there.

She has a week to do it. No big deal, right?

Her simple plan becomes complicated as she quickly accumulates trouble. A violent drug dealer, a Police Detective with a hunch, and an unwelcome admirer with something to offer are among the many hurdles Anna encounters.

As she faces up to her own past and the growing danger she’s in, she learns what the people around her are capable of.

Everyone wants something, but how far will they go to get it?

A story of friendship and sacrifice in the face of adversity.

As the car slowed at the bottom of Clarie’s street, Anna reached for the door handle before it stopped. Shaun spotted her motion and popped the locks down from his side.

“Woah now. What’s the hurry?” The car stopped, and he turned to face her.

“Thanks for the lift, much appreciated. I better go though.” She flashed a fake smile to cover the fear taking over her face. He reached over to her knee and squeezed her with his huge hand.

“You could try and show me your appreciation.” His hand moved a little further up onto her thigh. Anna’s heart rate doubled, a bead of sweat collected on her top lip. How the hell did she end up in this position?

He leaned further over. His mouth was closing in on her face, his hand sliding further up her inner thigh. She pulled back, her face turned away from his. His breath whistled through his nose. A scream was bubbling up inside her, but it couldn’t escape. Her breath was held, she closed her eyes tightly as if the darkness could save her. Her jaws clamped shut, and her lips sealed painfully tight. Her fists clenched around the seat belt as if it offered any safety. His hand moved, off her leg, it brushed over her breasts. Anna braced every muscle anticipating his next move.

Then click. He pulled the lock up from the door beside her shoulder. The heat and weight of his presence lifted as she opened her eyes, and he reclined into the driving position.

He was smiling, more than smiling, he was smoldering. He was drunk on her fear, his cheeks were burgundy, and he breathed through open lips. Still tense, she remained in the same position, her eyes wide now, taking in this horrible scene. He dragged his hand across his chest and down over his huge round gut.

“Any time you want a lift, you know where I am.”

Anna took a sharp breath to bring herself back into her body, she grabbed the door handle and scrambled out onto the pavement. She slammed the door, swung her bag onto her shoulder and walked away without looking back. The car started, engine revving, calling for attention, but she wouldn’t turn around. It was moving slowly, just behind her, then sped up to the corner, he turned at the end of the road, back towards her, she was almost at Clarie’s, he slowed to a funeral pace. His window open, his shapeless arm resting on the frame as he passed, shouting;

“Remember, I’ve enough money to solve all your problems, just waiting for you to say the word.” 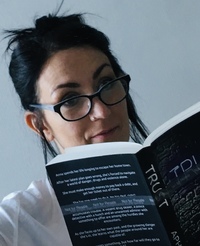 Aphra Wilson is a mother of three, a tattoo artist by day and a writer in the middle of the night.

She lives in Scotland with her husband and children, and enjoys reading and writing women’s fiction. Her work is influenced by her passion for strong female characters, finding strength in adversity and finding comedy in hard situations.

You can get in touch with her here, http://www.aphrawilson.com