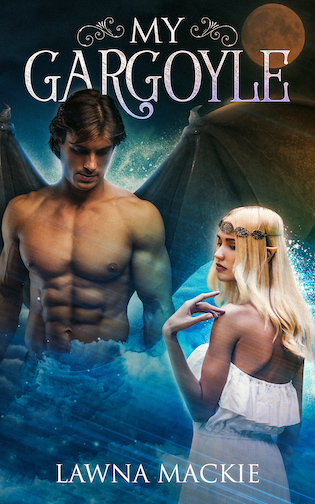 Ryder, commander of the Levarian legion of gargoyles, has a problem. He keeps dreaming on duty—and falling, neither of which gargoyles EVER do. Every dream is of the same woman, and every time, it brings on red-hot, searing pain in the crescent-shaped scar on his palm. Driven to find the woman and the reason for his bizarre dreams, he lets himself fall—right into to a place he never knew existed and to the woman of his dreams.

Labeled a misfit, Tempest was snatched away as a child and imprisoned in the hidden realm of Misfit Mountain. Locked up by Fedor, the ruler of the kingdom, who intends to take her as his bride, she has no choice but to brave the dangerous snow and ice of the Mountain to escape. Despairing, faced with the impossible choices of Fedor or death, love is the last thing on her mind, until Ryder snatches her from the air and into a whole new realm of feeling.

Can Ryder find the key to freeing her and save them both?

The scratching continued in the snow above, bringing her demise closer by the second. She refused to go down without a fight, and she’d end her life before Fedor ever laid his grotesque hands on her again. In all probability, his touch would kill her anyway.

She held her breath, trying to cease her shivers, knowing she must lie perfectly still and wait…wait for the exact moment before they broke through the small barrier of snow that encased her frigid body—a body that could not and would not freeze to death.

She braced her hands down at her sides, readying to push straight up.

Please let the snow beneath me hold my weight.

Her thigh muscles ached with tension as she contemplated the thought of moving.

They’d expect her to be in a slumber.

Her feet and calves tightened ready for action.

Her fists clenched into tight balls, prepared to strike. Her stomach rolled, threatening to hurl, but she knew it was empty, and had been for some time.

This is it. Three!

Tempest unleashed whatever strength she had left in her tired, battered body, bursting through the thin barrier of snow.

Two paws hit her square in the chest, and a pair of large glowing red eyes met her stare. Startled and off balance, Tempest stumbled backward. Her feet slid out from underneath her.

Rogue had found her, not the Vemlers or Fedor. She slid downward on her stomach, her arms desperately grasping at anything to stop her fall.

The beast pounced through the snow down the hill after her, trying to grasp a piece of her with his large fangs.

It was too late; her body flew through the air. She reached out and snagged a tree branch, to swing in the forsaken snowstorm at the mercy of a small twig protruding from a tiny ledge. Looking down into a vast crevasse with no bottom in sight, she thought maybe she’d get what she wished for, after all.

“No, I take it back, I don’t want to die. Creators, help me, please. Why do you hate me so?” Tempest squeaked, looking up into the sky, which continued to dump endless amounts of snow. Her hands, next to frozen, would not support her weight for long.

Above, Rogue perched on the small ledge preparing to jump after her. “Rogue, no! Stay!” she pleaded. A single tear rolled down her cheek, symbolizing her desperation and fear. The crazy beast would die with her; she knew that. If she fell, he would jump after her.

Rogue howled a mournful cry. His large grey-and-tan-spotted body crouched low. Tempest knew he was angry; his pointed ears lay flat against his large square head. She felt his frustration through his piercing red eyes. She swallowed a shriek as her hands slipped slightly.

Rogue moved even closer to the edge, causing chunks of snow to fall in her direction. “Rogue, listen to me. Don’t do this. You don’t need to end your life because of me.” Even as those words tumbled out of her mouth, Tempest knew the poor beast had no life worth living on the miserable mountain. They were both misfits not suitable to live with the regular folk on Levare. And there was no way to escape this miserable rock covered with ice and snow.

Tempest closed her eyes, wishing she had the power or ability to remove them from this horrid situation. It was impossible, of course, because she had no gifts—only misfortune. Poor Rogue also shared in the bad luck. He was a Gargdog, half gargoyle and half dog. His problem was his wings. A spell gone wrong, they were barely large enough for a pixie to fly with—useless wings on a grand creature. That’s what misfits were—rejects from Levare, banished from the world as though they never existed.

Her body trembled with the last bit of strength oozing from her limbs.

“Rogue goes with Tempest! I will not stay here without you,” the Gargdog growled in the form of words. She smiled up at him, proud of his speech. “I see you’ve been practicing since they separated us.” It was her attempt to lighten the mood.

“Rogue loves Tempest. Not want Tempest to die without him.” Rogue hung his head. She felt his sadness.

“Rogue, I don’t have much strength left,” Tempest said weakly. “I’m not afraid of death. You know I could never be Fedor’s bride. His touch would kill me, anyway. This way is better. I won’t feel a thing,” she lied, trying to sound brave.

“We will go together. Neither will I live under his control any longer.”

Her arms now shook uncontrollably. Her hands had no feeling, but her brain forced the signal to her fingers to grasp as tightly as she could. She closed her eyes and said a quick, silent prayer for all the other misfits who suffered like her and Rogue.

We’ve endured so much pain in our lives. Please, Creators, let us have a painless death. With her silent prayers complete, Tempest opened her eyes, looked up, and whispered, “I love you, Rogue,” and let go. 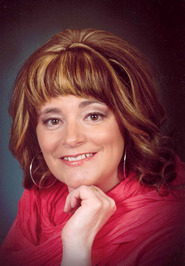 I’m a small town girl with big world dreams. I was born in Jasper, Alberta, and my parents were outdoor enthusiasts. My dad was an avid fisherman and I’m certain my mother was Mother Nature.

The love of my life is my husband. He, along with my animals are my inspiration for everything I write.

I live for romance, and truly believe true love conquers all. From an early age you could always find me with my nose buried in a romance novel–that hasn’t changed. I write various forms of romance from contemporary, paranormal and fantasy to erotica.

Happy reading everyone, I sure would love to hear from you.