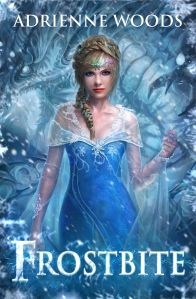 Losing Lucian McKenzie, the Prince of her heart and discovering her true identity has made Elena Watkins’ life almost unbearable. However, new trials will test the 17 year-old’s strength and push her to limits she didn’t think were possible.

Only a mysterious offer from Blake Leaf, the Rubicon and a dragon predestined for evil, reveals there may be a light at the end of Elena’s dark tunnel.

With the life she thought she knew crashing down around her, Elena will have to face a monumental decision about the fate of Paegeia. She can either make peace with Blake’s demands or try once again to unravel the Queen’s secrets that lie deep within her dragon, Tanya La Frey’s, heart.

Excerpt One: I WAS BACK INSIDE that cave, the one where Lucian lost his life. I looked around but I knew he wasn’t going to come for me, he was dead. Then what the hell am I still doing here, staring at a psycho who claims to be my dragon?

“You really thought that I was your dragon, Elena? Seriously?” He laughed that sadistic laugh that made my insides twist and turn in all directions.

“Get away from me you freak,” I spat.

His hand connected hard against my cheek, it burned and my ears rang for a couple of seconds.

“Patriot?” I laughed as loud as I could. “You are a murderer!”

Another strike. The Elementals clucked like crazy, they could feel the danger all around them and must have felt helpless. It was beginning to drive me insane.

“Stop it you mongrels, or I’ll skin you alive,” Paul yelled and for some reason they listened. He looked back down at me again. The point of his knife was close to my throat. “It’s funny how everyone around you knows who you are, Elena, except you.”

“What are you talking about?”

He laughed again. “I guess they like to play mind games with you, like to keep you in the dark.” His eyes met mine. “Some friends you have.”

“Stop that, you know nothing about my friends, or what friendship is.”

“Why? Because they all end up betraying you at the end of the day. Take it from me; it’s better to live in the dark. You can do whatever you want, be whatever you want. Your friends don’t give a shit about you, and neither does your dragon.”

“You are not my dragon,” I yelled again.

“Oh, I know that, and for some sick, twisted reason your true dragon wasn’t bothered one bit that I claimed you as my rider.”

“Am I?” He looked around. “Then where is your dragon, Elena? Why isn’t it here?” The Elementals’ clucking noises drowned the rest of Paul’s words. I could see his lips moving, but their sounds of pure panic drilled through my brain, making it impossible to hear what he had to say. It grew louder and louder and then a cannon shot rang through their cries.

I jumped up in bed, soaked with sweat. It was like, the gazillionth time I’d had that dream. I could still hear their clucking and it made me feel like I was going crazy, but still, no tears came. My heart felt as if it was bouncing inside my ears. No matter how many times I had the same dream, I could never hear Paul’s last words as the Elemental sounds kept interrupting him. But there was one thing that I knew was a lie, I didn’t own a dragon. I was a dragon, and that was one piece of information I still struggled to deal with.

Thank you all much, Book 1 -3 of the Dragonian Series is available at all online leading stores. And there is a Novelette 1.5 called Venom that should be read between Firebolt and Thunderlight. It was scenes that was Deleted from Thunderlight but we want to keep it so my editor suggest doing a 1.5 Novelette.