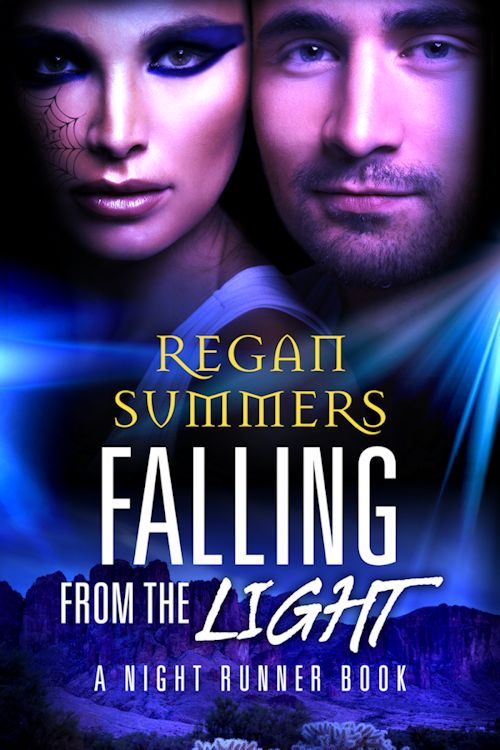 All Sydney Kildare wants is a minute in the slow lane, some time to decide where she’s going with her vampire lover, Malcolm Kelly. But after sitting out the last battle, the powerful Master Bronson is giving orders again, and he isn’t above blackmailing his former courier to get what he wants.

With Mal sent to track a vicious killer, Syd is forced to infiltrate a pharmaceutical company responsible for a drug that turns vampires into real monsters. She’s unprepared and alone, but fiercely determined. If her investigation doesn’t satisfy the Master, Malcolm will pay the price. A wrong turn throws her into the middle of a vampire power play. Caught between twisting forces, with their freedom at stake, she’ll have to decide what’s more important: love, power or revenge. But choosing what feels right might turn out all wrong.

Regan Summers is the author of the romantic urban fantasy Night Runner series. As a native Alaskan, she’s used to long, cold nights but thinks they’re better with a helping of sexy vampires. Don’t Bite the Messenger, the first in the series, was a finalist for the 2013 EPIC eBook Awards in the paranormal category.