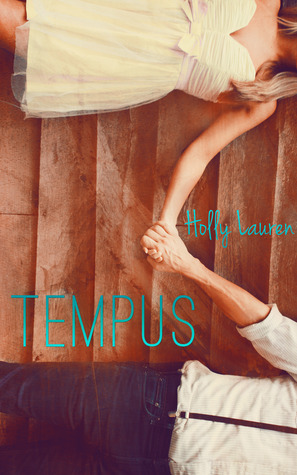 Chapel Ryan isn’t crazy. At least, that’s what she’s been trying to convince herself of for most of her life. But after being hallucination-free for three years, Chapel finds herself facedown on her English classroom’s gritty linoleum floor. When she looks up, everyone around her is suspended in animation. Mouths hang open mid-yawn, feet hover mid-cross, Ms. Freeman’s arm flexes mid-sentence diagram. It’s another hallucination. Or, is it? Chapel prepares to tear herself back to reality when something happens. Something that has never happened before in any of her hallucinations–someone moves. And not just any someone—it’s the new guy with a scar over his lip and a reputation as black as his perfectly styled hair. And all of the sudden Chapel’s white-knuckle grip on her life has slipped, and with it, her assurance that what she’s experiencing isn’t real.

I was given this copy by my publisher for my honest review. Even though Holly is like a co-worker to me, it didn’t effect my opinion in any way.

Wow!!! Tempus is on of those YA books that want me to kick myself for not coming up with something like this.
She grabs you from the beginning of the novel. Her character are all beautiful developed and seem like the people living next door. I wish.

Now to get back to the actual story. Chapel gets hallucinations, one where times stops and leaves her alone while everyone around her is frozen. She hates them and just wanted them to stop. It’s how this story begins, in class while Chapel gets an hallucination. Holly has done them so well, she describe every little thing in detail and you can actually see the paper in the air, the chair with her best friend Timmy in, almost crashing back wards.

Then someone moves in her hallucination and it never happened before. Chapel’s whole life changed from that moment as Zay, our hotty, moved.

I personally swoon over Zay as I read thin novel. He is a typical book boyfriend that you can’t get enough of.  I loved every moment of Zay and Chapel interaction and all Holly’s characters are written so well. The dialogue is blow your mind away good and although this is a paranormal YA Novel it has that reality feel to it, which I love.

I couldn’t give Tempus a five rating, it’s a solid ten.

Well done with Tempus Holly and I can’t wait to get my hands on the second one.

Tempus is a novel I would recommend to anyone that loves a YA Paranormal.