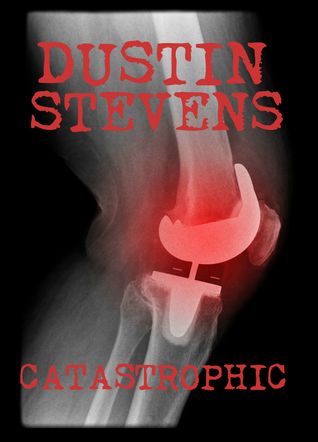 College phenom running back Tyler Bentley is the ultimate success story. The son of a single mother from a wayward stretch of highway in Western Wyoming, he heads to Midwestern football powerhouse Ohio Tech and becomes a star, MVP of the Centennial Bowl, runner-up to the Heisman Trophy.

He is also the ultimate fall from grace story when a freak play occurs, leaving his knee shattered.

Seeing an opportunity, the SynTronic medical corporation convinces Tyler to use their newly-designed KnightRunner knee replacement, promising him that he’ll be back on the field long before the upcoming season. Everything they promise comes true up until the product malfunctions, costing Tyler his career and his leg.

Now, leaning on the help of his one-time teacher Shane Laszlo, Tyler must take his battle from the gridiron to the courtroom. Laszlo, an Ohio Tech alum himself just a year removed from law school, has his own score to settle with SynTronic, an incident occuring years before with repercussions far greater than the loss of a limb.

Together, they will go into the biggest case Ohio has ever seen..

I got a copy to review from the author in change for my honest opinion.
All I was left with was AMAZING!!!!!
Dusting Stevens did a GREAT GREAT GREAT job with Catastrophic. The description of his novel grabbed my attention immediately and I just had to read this book.
The genre is much different from what I normally read but they say now and then changes are good, and this one definitely was.
It’s a story that kept you on the edge of your seat, all though you know it will end with a victory because the courtcase was in the victims favor, but still, the way Dustin wrote this and the words he used, made you feel like you were right there. It seemed so real, his characters are so well developed and I’m even going to say, it won’t surprise me if they are going to make a movie about this story. It was THAT GOOD.
I give Dustin a ten our of five, cause Five isn’t good enough. Great Job, Dustin and please feel free to send me anything else in the future.
Great author, watch out for him.
Kind Wishes,