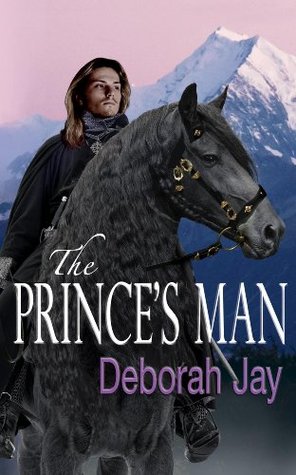 Think James Bond meets Lord of the Rings. Award-winning fantasy, THE PRINCE’S MAN, is a sweeping tale of spies and deadly politics, inter-species mistrust and magic phobia, with a touch of romance.

Rustam Chalice, hedonist, dance tutor and spy, loves his life, never better than when he’s bedding a gorgeous woman. So when the kingdom he serves is threatened from within, he leaps into action.
Only trouble is, the spy master, Prince Halnashead, teams him up with an untouchable aristocratic assassin who despises him.
And to make matters worse, she’s the most beautiful woman in the Five Kingdoms.
Plunged into a desperate journey through the mountains, the mismatched pair struggle to survive deadly wildlife, the machinations of a spiteful god – and each other.
They must also keep alive a sickly elf they need as a political pawn. But when the elf reveals that Rustam has magic of his own, he is forced to question his identity, his sanity, and worse, his loyalty to his prince.
For in Tyr-en, all magic users are put to death.

I was given a copy from the author for my honest opinion.

I like fantasy, everyone knows me, knows that. So when Mrs Jay asked me to read The Prince’s Man for my honest opinion, I couldn’t say no.
In the beginning I did struggle to get into this one. We get introduced to so many people with funny names, (the only thing I don’t like about fantasy, are the weird names the author use, I can never seem to remember them and I always get confused with who is who) .

It didn’t want me to put the novel down as I like the concept of this fantasy (I mean just read the blurb)
When I did get into it, my mind was blown away by her writing skills, well developed characters and twists in the plot.

I know there is going to be a second one, because this one ended on a bit of a cliff hanger and it’s one I can’t wait to get my hands on.

I’m not going to get into the story of what it is about. The blurb is doing it’s job and to be honest there is so many things going on in this novel, I don’t know where to begin.

i loved Rusty and how he grows through his quest and I feel for Rasida and why she is the way she is. She saw her family killed at the age of 6 and she had to basically raised her younger brother. The conflict Mrs. Jay uses between these characters are so vivid and read. It’s an amazing world she created, that reminded me a bit of Lord of the Rings/The Game of Thrones.
The fighting scenes throughout the novel were done perfectly. Not too gory and yet we could still see and feel what her character go through.

The story is an amazing read, and one, when I got into it, I couldn’t put down.

Good luck with the rest of the series Mrs. Jay and hope to get my hands on the second one soon.

2 thoughts on “The Prince’s Man by Deborah Jay”