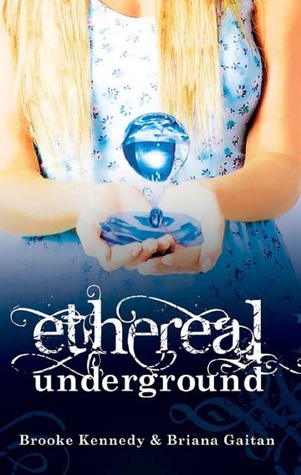 Can the person who was sent to steal your soul, be the same person who steals your heart?
The keepers are protectors of the planet Cabalin, charged with defeating identified enemies and preventing other planets from waging war on their dying planet. They are expected to keep their emotions in check and do as they are told no matter what the consequences. One of their rising warriors, however, has been placed on sabbatical for reasons unknown to those around him. Rebellious, impulsive, and moody, Ash has continued to break the rules by frequenting the Ethereal Underground, the seedy hang out in the eighth layer of the planet. Ash has always believed in the keeper’s cause, but his taste for adventure always seems to get him in trouble.
The seraphs live on a different plane of existence. They watch over the mortals and reap their souls when it is time for them to depart to the afterlife, but do not associate with the beings otherwise. They are duty bound and loyal creatures, each of them having an affinity for a force of nature that they can use when needed. When a seraph breaks the rules, they are banished and stripped of their affinity. These evil creatures are named the fallen. Annalise, a reaper seraph blessed with an affinity for water, has always followed the rules until she is called to reap Ash’s soul and take it to the afterlife. This time, however, she finds it difficult to take the soul.
Their worlds were never supposed to meet. Now everyone’s future is in jeopardy, their lives turned upside down as they find themselves on the run from the very people they thought they could count on. The two of them must search for a way to clear their names and hunt down the evil forces of the fallen, without losing themselves or those they hold dearest. This epic fantasy will take you on an exhilarating quest for love, truth, and revenge.
www.etherealunderground.com

I was given a copy by the authors in exchange for my honest review.

I am going to say this again, I’m not a fantasy lover, meaning that I do not like world’s playing off on planets, aliens, space ships, etc. BUT. AND THERE IS A BIG BUT.

Ethereal Underground blew me away. I couldn’t put it down. It was really well written story with vivid decriptions, a huge imagination from both these authors and great story telling skills. I absolutely adored her characters and my favorite is Finlay. Love him to bits. There are a couple of annoying characters but that is why they are in novels, to annoy us and play with our emotions and they did it so well.

It tells the story of Ash and Analise, they were never destined to meet, but fate always have plans of her own.
Ash is a keeper. Keeping the planet save and also need to be told constantly what not to do. He is a really well developed character.
Then there is Analise, a sephra and quiete the opposite of a Keeper and of Ash.
She obbyes the rules and never sets a foot out of line, until she is send to reap Ash’s soul. She questioned everything she knows and end up doing quiet the opposite she was send to do. Saving his life.

I’m sure with the book description and a bit of my spoiler, you can tell that this is a winner. Coming from someone that despise Sci-Fiction, you should buy it ASAP.

i really enjoyed this one and I wish you both the best of luck with this series. Please let me know when the next one is available.