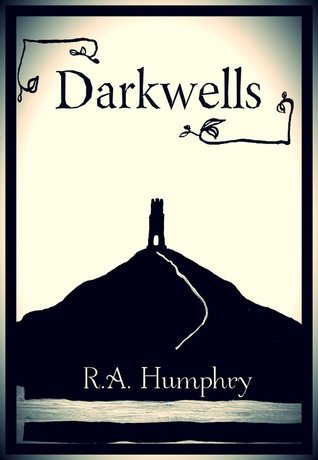 Taken from the swaying grass of the open savannah to the neat green fields of the West Country, Manu Wardgrave is a boy out of place. His struggle with his identity and his discovery of the reality behind the dream he had of England will decide, in fire and battle on the strange and ancient hill that overlooks his enigma of a new school, more than just his fate and place in the world.

Heather Evynstone is a girl living on the margins. Ashamed of her fortune teller mother and her rough narrowboat home, she dreams that her genius for costume design will drag her into a better life. The future of the world will hang on how she deals with the darkness she finds in Darkwells.
Henry Grenville carries an old and famous name. He is kind and funny and likeable and should be happy and content. He has a tragic and traumatic past and finds himself isolated and alone. He resists the apathy and nihilism that threatens to engulf him and desperately seeks the prophesied ‘key to his future’.

Old myths and new beginnings clash in a storm of magic on England’s most magical hill. Who will emerge triumphant from the smoke and fire on the Tor?

i was given this book by the author for my honest review.
I love fantasy. Always have and always will. Manu is half Moari, half Engish boy that struggles with what most boys go through in life. Finding themselves and whether they belong or not. It’s a good recipe that has worked for many novels. Humphry’s vivid descriptions pull you immediately into the novel.
Magic is always present in the novel but not as much in the beginning as when Manu goes to Darkwells. A school where he would finally find himself and fit in,
We meet all sorts of characters and my favorite is Heather. I think Humphry has done an awesome job by creating her. She is well developed an very likable. Henry is another one of his character. A bit more dark, mysterious and hid plenty of secrets.
I loved Darkwells for it’s setting, story line and characters. Although I do feel, Heather was the most developed, and at times I did feel that the others could be a bit more fine tuned but it didn’t made me stop wanting to find out what would happen next.
So in my opinion, this is a page turner and one I would recommend to everyone.
Good luck with Darkwells.
Kind Wishes,