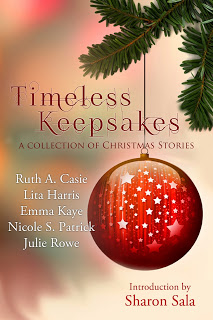 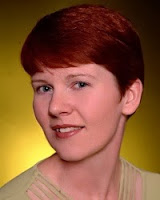 “I hate Secret Santa,” Kenzie Bowman muttered to herself. She crossed her arms over her chest and leaned against the wall, as far away from the crowded hospital’s emergency department lunch room table as possible. The table was covered in wrapped boxes and gift bags. A bevy of nurses rummaged through them looking for their name on a tag, squeals of glee and laughter filling the remaining space in the room.

Anyone walking by would think it was Black Friday. They’d be lucky if they didn’t end up treating one of their own for a bloody nose.

She used to love Christmas. The decorations, buying just the right gift for a friend, singing carols, and spending time with the people she loved.

Until her twin brother, Kennon, was killed on Christmas Day.

Her friend Amy surfaced from the circling sharks with a gift in each hand. “I found yours, Kenzie,” she said with Christmas cheer that darn near dripped sugar.

Amy bounced up to Kenzie and thrust the gift into her hands, then proceeded to rip the paper off her own.

“Ohh,” she squealed, segueing into a victory dance as she hoisted her booty into the air. “A bottle of Baileys! Santa loves me, yes he does.” Amy paused mid-dance to lever her laser-sharp gaze at Kenzie. “Your turn, Ebenezer. Open it.”

“What’s the point? I don’t wear perfume, I don’t like scented candles, and I don’t drink alcohol. We know the likelihood of one of those three items being in this box is eighty-six-point-three percent.”

“You sound like a computer when you talk that way,” Amy said, enunciating each word individually.

“Better than having your eardrums blown out by indiscriminate screaming.”

“Have I mentioned how much I hate Secret Santa?”

“Fine.” Kenzie rolled her eyes and picked at the festive paper. “But if this gift sucks it’s going home with you.”

“Do you blame me?” Christmas was supposed to be a time of joy and love, spent with friends and family. All that was impossible for her now. She and Kennon had been all each other had for eight years now. A heart attack had taken Dad from them. Mom followed him to the grave four months later.

Amy glanced away at the crowd of nurses and doctors for a second, then met Kenzie’s gaze. “I suppose not. But it’s not healthy for you to brood.” She watched Kenzie’s fingers as they slowly peeled the tape from the paper. “Come to my place Christmas Day,” Amy said, the words rushing out of her mouth like a five-year-old who’d had too much candy. “Don’t stay home alone. Please.”

“That’s why you should come.”

The last of the tape came off the paper and Kenzie carefully folded it and threw it into the garbage can. The box in her hand was too small for a bottle of Baileys, so it was down to perfume or candles. She opened the top, pushed aside the tissue paper, and pulled out a glass ball about the size of her fist.

The glass was plain, no decoration or sparkles. Something hung inside it, tied up in some string. She turned the ball to see if she could get a better look—

Pain seized her diaphragm and brought her breathing to a screeching halt. The agony ricocheted through her body until even the tips of her hair hurt.

It could only be one thing.

“The reason why I hate Christmas.” Her voice sounded strangely calm.

“This isn’t from staff, it’s from my brother’s best military buddy.”

Why? Why would he do this? Give her the one thing guaranteed to rip her heart out while it was only barely still beating.

“It’s the bullet that killed my brother.” The words came from far, far away. Almost an echo.

Amy’s gaze jerked up to meet her own. “Your brother? But I thought he… Shit,” she breathed out as a whisper. “How do you know it’s that bullet?”

“Because he tried to give it to me before.”

But Kenzie wasn’t listening anymore. She was drowning in sorrow. It clouded her mind, sight, and hearing, pulling her under into a dark and silent world. Somehow she walked from the lunch room to the waiting room, but she had no memory of doing it. This must be what teleportation was like. Going from location to location without the inconvenience of conventional travel.

People turned as she entered the waiting area, most of them likely hoping she’d call their name.

One man stood slowly, staring at her face, his gaze apologetic. He was tall and fit, with a squared face that was strong rather than handsome. Every woman in the room turned to stare at him, but he didn’t seem to notice. His whole focus was on her.

She angled her head back sharply then turned and walked a little ways until she got to a large wheelchair-accessible washroom. She went inside. He followed her in and she shut and locked the door.

Kenzie glared at the man who had been trying to give her a damaged bullet for the past three months. A man she’d refused to see again after their first disastrous conversation. A man she’d told to go to hell.

A man she’d once thought she loved.

She held out the box to him. “I don’t want this. I never wanted to see it and to find it in a glass ball pretending to be a Christmas ornament—” For a moment she ran completely out of breath. “Take it.”

He made no effort to accept the box. “Damn it, Kenzie, he wanted you to have it.”

“My brother wanted me to have the bullet that killed him?”

“No. He wanted you to have a reminder of what you have to live for. ‘We’re all just a bullet or a breath away from oblivion; don’t waste yours’—wasn’t that the phrase you used to say goodbye with?” He took a step toward her. “He made me swear. It was the last thing he said to me before—”

She thrust a warning finger an inch from his nose. “Don’t say it.” She paced a step or two away, then back. “I never knew how stupid and childish it was to say the rhyme our grandfather taught us until the damn bullet showed up.” She shoved the box at him and spun, grabbing for the door handle, but he got there before she could get the door open.

He took her shoulders into his hands and turned her.

She pounded on Gage’s chest and fought to get herself free.

He simply gathered her up and pulled her into his intractable embrace. Someone was crying deep, shuddering sobs that sounded like they were coming out of the throat of a tortured person.

That’s when she realized—she was the person crying.

Julie Rowe’s first career as a medical lab technologist in Canada took her to the Northwest Territories and northern Alberta, where she still resides. She loves to include medical details in her romance novels, but admits she’ll never be able to write about all her medical experiences because, “No one would believe them!” In addition to writing contemporary and historical medical romance, and fun romantic suspense for Entangled Publishing and Carina Press, Julie has a short story in The Mammoth Book of ER Romance (September 2013). Her book Saving the Rifleman (book one of the War Girls series) won the novella category of the 2013 Gayle Wilson Award of Excellence. Her writing has also appeared in several magazines such as Today’s Parent, Reader’s Digest (Canada), Canadian Living, and Romantic Times Magazine.

For more information about Julie, please visit her online at www.julieroweauthor.com, on Twitter @julieroweauthor, or at her Facebook page: www.facebook.com/JulieRoweAuthor

Christmas is a time for family, but for the first time, one of my daughters no longer lives at home. I’m an empty-nester (almost!). Decorating the house and the tree isn’t the same. Baking cookies isn’t the same either. I feel like I’m missing a limb. I am missing my daughter, even though I know she’ll be back to celebrate Christmas with the family in time for the big day. I’ve got a light on at the end of my lonesome tunnel, but what about all those who’ve lost loved ones at this time of year?

For anyone who’s lost a friend or a family member anywhere near Christmas or the New Year, the festive season doesn’t feel so festive. It turns out that the number of people who’ve experienced this kind of loss isn’t small. A couple of years ago, a study was done on death rates in the United States and it turns out that Christmas and New Year’s Days are the two deadliest days of the year. The increase is as high as 10%. No one seems to know the cause of this, but what is clear is that for many people, Christmas is a difficult day. If you know someone who’s lost an important person in their life during the Christmas season, make a special note to spend time with them. Love is the greatest healer.

The heroine in my story, SECRET SANTA, is a nurse grieving the death of her twin brother. She discovers the healing power of love when she receives an unexpected gift at the staff Secret Santa party which leads her to discover her brother left her a secret message of hope.

I hope you have a Merry Christmas! 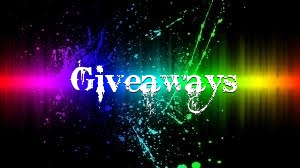 Second Prize: eBooks – Knight of Runes by Ruth A. Casie and Ice Bound by Julie Rowe

Third Prize: eBooks – The Guardian’s Witch by Ruth A. Casie and North of Heartbreak by Julie Rowe