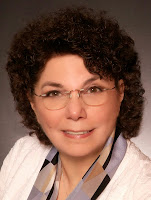 She would give her last breath for him. He would give up everything to guard her well and love her more.

Dead. Maximilian glared at the wilted mistletoe in disbelief. He poked and prodded the plant. It lay there tired and limp. He had cared for the sacred plant for a year. The Ancestors had trusted him to follow their orders. Find a wife—a soul mate. How difficult could it be? All he needed to do was visit the eligible women and choose one. He slammed his fist onto the rough oak table and bellowed his anger to the empty room. Dishes skidded and crashed to the floor. The lifeless shrub didn’t move. It didn’t change. It sat where he’d put it—robust and healthy—the night before. Now the crumpled brown leaves and withered white berries silently screamed his failure.

He could think of no reason why it hadn’t survived. He kept staring at the shriveled plant expecting—no, commanding—it to spring to life. It didn’t. He raked his hand through his hair. Everything he’d worked and trained for over the years was lost. He closed his eyes and traveled to that quiet place deep in his mind where he drew his inner strength. One deep breath, then another. His pounding heart took on a more natural rhythm. The reality of his situation hung on his shoulders like an oxen’s yoke.

“What’s happened? I heard a loud crash.” Doward rushed into the cottage and scanned the debris on the floor.

Max didn’t trust his voice. He shot the druid councilman a look and pointed to the plant on the table. He registered Doward’s unreadable expression and let out a quiet snort. Perhaps that was best. He was grateful his mentor didn’t show his disappointment. Doward, too, had warned him.

“One year.” Max tipped up his chin and struck a congenial tone. “I’ll wager no other Grand Master was forced to relinquish his position after only one year.” He turned away, not wanting to see his close friend’s disappointment.

“Well,” said Doward. “There was Elgon in the year sixty.”

Max’s head popped up. He hadn’t expected Doward to respond. The question had been rhetorical.

“You appear to have forgotten your elementary history lessons.” Doward stood shaking an old, crooked finger at him.

Max’s mouth opened and closed like a beached fish gasping for air. Only Doward had the nerve, the audacity, to reprimand him. Doward and the Ancestors. He couldn’t forget the Ancestors. They had the ultimate power over him.

“Yes, but the Roman invaders killed Elgon at Anglesey.” Max’s distraction was momentary. He leaned on the table and looked Doward in the eye. “They did not depose him because he couldn’t find his soul mate and give her the sacred mistletoe before it died.” He straightened, stepped to the cottage door, and stared out at the day but didn’t appreciate its sunshine or enjoy the invigorating coolness of the December morning. He turned to Doward. “It simply proves the council made the wrong choice.”

“Nonsense.” Doward picked up the stray crockery from the floor and set it back on the table. “The council did not make an error. You, my boy,” he strode over to Max and clapped him soundly on the back, “were by far the right choice.”

“It isn’t that I haven’t been searching for the woman.” He saw the compassion in Doward’s eyes. “Surely the Ancestors know I’ve done that.” Even he detected the pleading in his voice and groaned at his weakness.

“Yes, yes.” Doward waved his hand as if swatting a fly. “Every eligible woman in the village has gone under your scrutiny.”

“Every eligible woman in the village treated me kindly but none were interested in getting close.” He rubbed the nape of his neck. “Even when speaking simple pleasantries they avoided looking at me and stepped away.” He tried to conceal his frustration but his throat tightened and his voice rose the more he spoke of the women’s reactions.

“Perhaps you should have cast a wider net.” Doward’s tone had turned serious.

Max seethed, having to explain his actions to Doward. “You of all people should know there were more important things that needed to be done.”

“Yes, I know,” Max interrupted. “You don’t think the woman is someone I know or is even amongst the villagers.” He glanced at his teacher and softened his voice. “What was I to do? Go from village to village and give every available maiden the mistletoe and see if it thrived?”

“And now? What now?” asked Doward in a gentle tone.

Max turned from the door and sat next to the warm hearth. He rested his elbows on his knees and held his head in his hands as if he sought to overcome a night of too much drink. “I don’t know,” he whispered. He did know that while he found some of the women beautiful and even enticing, none was his soul mate.

“The ritual of Alban Arthan is tomorrow. You are the Grand Master.” Doward stood at Max’s shoulder. “It’s time for you to travel and meet with the Ancestors in the Otherworld. Only you can carry back their guidance and inspiration for the coming year. And you will have to tell them you haven’t found your mate.”

“I’m aware,” he snapped and regretted his outburst. “Yes,” he softened his tone. “I know what I must do.” Of course he did. He’d been responsible for the annual ritual for the past five years—four years when he was a high druid and this past year as the Grand Master. Every year was the same. Except last year, they’d presented him with the sacred mistletoe and charged him with finding his soul mate.

“I will go and gather what we need for our journey,” offered Doward. “We’ve delayed as long as we can. I’ve asked one of the families who set off yesterday to prepare our campsite. But we must leave today.”

Max lifted his head and flashed the man a weak smile. “Aye, you go on. I have a few more things to gather. I’ll join you shortly.”

Doward regarded him thoroughly. After a few seconds he squeezed Max’s shoulder. “We will get through this.” His mentor took his leave.

He glanced again at the shriveled plant. It had the power to heal everything but itself, it seemed. Doward was right, of course. He would get through this. But would he still be the Grand Master, or reduced to a druid councilman, a priest, or, worse—exiled? He had delayed in order to search his vast library to prepare himself for the consequences and realized he would have the distinction of being the only Grand Master to fail when tasked by the Ancestors. He shuddered inwardly at the idea of failure. It was something he had no practice in.

“Well.” He slapped his hands on his knees and rose. He must see this through. He doused the fire, grabbed his half-full pack, and filled it with provisions.

He picked up his warding stones. Perhaps the Ancestors would allow him to train his successor. His chest tightened at the thought. He held the warding stones over the opening of the pouch. But what if the Ancestors had been wrong? He threw the small bundle into his kit and stared at the plant. Somewhere deep inside, a different answer sought light. He turned the problem over in his mind until the solution finally burst through the haze. He smiled at its simplicity and truth. He would go to the Otherworld. Give the Ancestors the withered mistletoe. And tell them he passed their test. There was no soul mate for him.

About Ruth A. Casie:

Ruth started reading romance books while traveling the world for business. Traveling alone can be daunting but she found a book in hand could see her through long waits at the airport as well as being good company at dinner for one. For some of her longer treks, she pared down what she packed to make room for books. Her favorite genres are romance and adventure.

A seasoned professional with more than twenty-five years of writing experience in communications and marketing for a large financial institution, she gave way to her inner muse and began writing a series of historical fantasy romance novels. Ruth is published by Carina Press and Harlequin Books.

When not writing you can find her home in Teaneck, New Jersey, reading, cooking, doing Sudoku and counted cross-stitch. Together with her husband, Paul, they enjoy ballroom dancing and going to the theater. Ruth and Paul have three grown children and two grandchildren. They all thrive on spending time together. It’s certainly a lively dinner table and they wouldn’t change it for the world.

You can read more about Ruth online at http://www.RuthACasie.com , on Twitter at twitter.com/RuthACasie, or on Facebook at www.facebook.com/RuthACasie

Good luck with this Christmas tale Ruth, and I hope you and all the ladies is going to sell heaps of it.